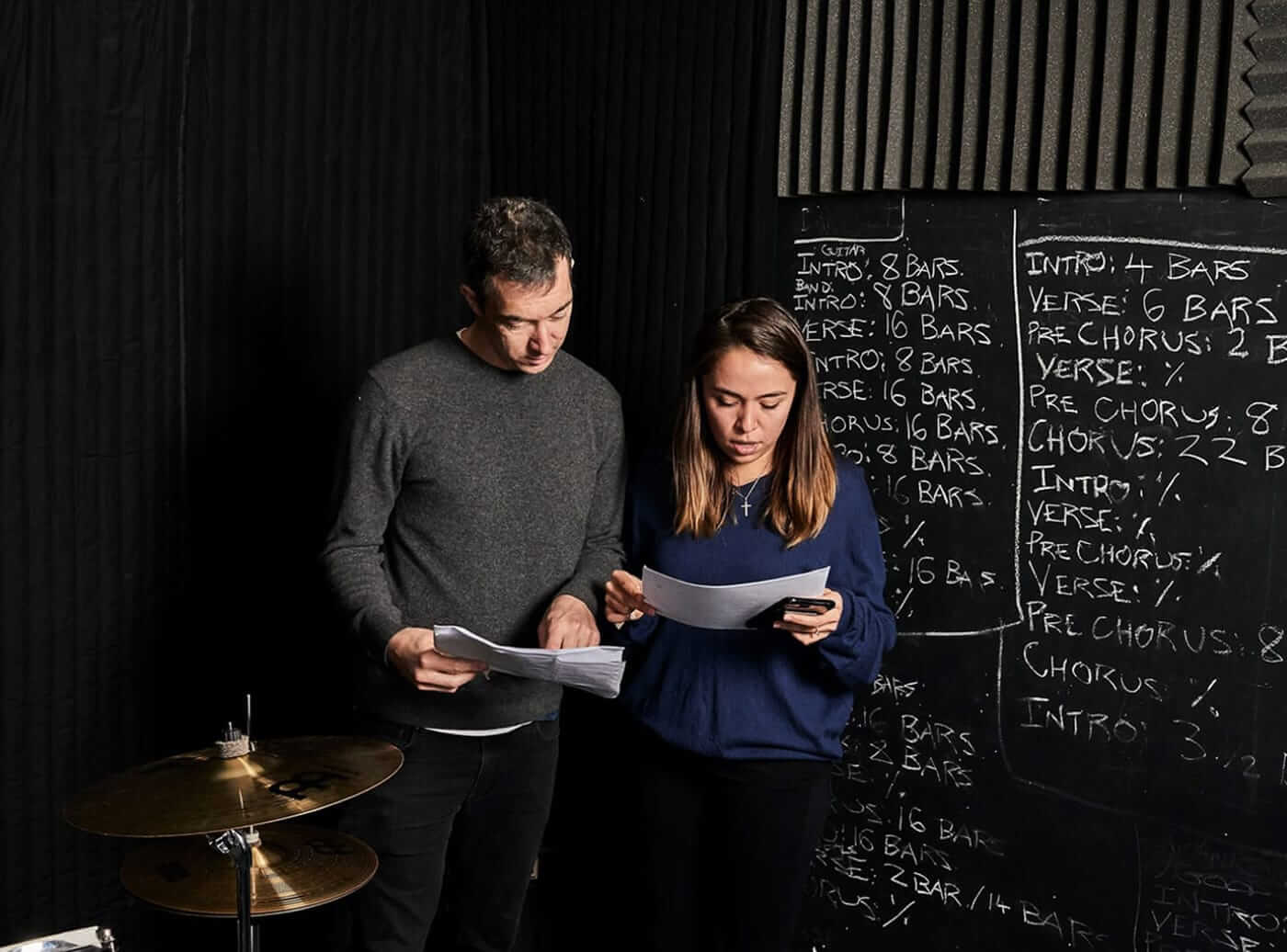 When I graduated college, I was a pretty terrible designer who made a pretty terrible decision to move to San Francisco in the wake of the dotcom bust. While struggling to find full-time work, I was able to get a contract job doing Flash production. One contract led to another, and before long I was working on several big-name design projects. When I didn’t know how to do something I would find a way to get it done, and I couldn’t solve a problem with brute force I would begrudgingly hire someone to help — usually a friend of a friend or someone from a message board. Slowly but surely, I found myself with part-time employees, then full-time employees, and without ever really planning for it, I had suddenly become a full-fledged business owner. Today, Metajive has 11 employees and counting. My wife April is Metajive’s COO.

Because I never set out to build a business, I made nearly every mistake along the way. Fortunately, I started young and had plenty of time to learn on the job. Here are 10 of the most important lessons.

In the early days of running my company, my self-esteem and my ego were tied to the success of the business: if we had a great day, I had a great day; if we lost a job, I’d be ruined. It was a really unhealthy way of existing.

There was no specific moment where this changed for me. With time, I just began to acknowledge it and take control. In pro golf, they say that if they don’t celebrate, they don’t lose. It’s similar in business — you just have to keep going and not get too swept up in the highs or lows.

It also helps to set some boundaries at home. My wife April is COO of the company and she and I have gone through periods of time where we either talk about work too much or not enough. We’re in a very healthy spot now. The problem, when you don’t talk about work, is that you’re holding it in, which actually makes you think about it more. So now we’ll say things like, “Sorry, I know this isn’t the time, but I need to say this” so that it’s out. And then, we’ll just move forward from there.

Financially speaking, you need to decide on a salary and pay yourself every month. I would advise against doing a percentage-based sort of thing — set an actual salary. It should be something you can live off. I find that there are a lot of people who say, “Yeah. We’re profitable this year, but I paid myself like nothing.” And you’re like, “Whoa. You weren’t profitable.” Your profit comes after you pay yourself a market salary.

Let’s all say this together: “You can run a design studio without designer furniture!” As creatives, we would all love to have a studio that looks like Wieden & Kennedy, but that’s just not a reality for most of us. Case in point — our last office, a temporary office, was not a place I wanted to work from an aesthetic perspective. But we put out great, great work in that space. All you need is good people, fast internet, and your space will feel like home. If you invest in things you don’t need, you’re headed down a bad financial path. Our desks, to this day, are literally desks a big agency was getting rid of when they were downsizing their furniture.

Pricing is one of the most important parts of running a business. While there are many pricing models ranging from “grab as much money as possible” to “just get the job in the door,” we have only found one that works for us: we ask ourselves how much time will it take to do a good job, then multiply that by our hourly rate (cost + desired margin) and add in a 5-10% buffer for unexpected events. We use this principle no matter if the client is a 20-person company or a 2,000-person company.

It’s tempting to price things based on what others are charging, but that doesn’t work. We’ve screwed ourselves on being both high and low on jobs where we’re like, “Oh, I know everyone else charges $30,000 for this thing that we charge $3,000 for. So we’re going to charge $30,000, too.” And then clients say, “$30,000?! You’re crazy! That’s not in line with anything else you’re talking about.” And we’d lose the job.

Create a process based on what has/hasn’t worked.

We creatives have a million reasons why we don’t want to be chained to one way of working, but having processes in place, and making micro-adjustments along the way, ensures things run well and efficiently.

For example, we start each project defining every task that needs to be completed and all the roles on the job. We assign hours to each task per role. We use Excel to tally up the hours and rates and then we are off to the races. If we need to reduce anything to meet a stated budget after the fact we can, but knowing exactly what needs to be done helps us get things out the door. By tracking what has/hasn’t worked, we’re able to make small tweaks along the way. This way of working helps prevent against us common errors, like failing to build in the time associated with multiple rounds of client edits.

Set up a system of safety nets so you can fail.

It seems every design and business presentation talks about how failure is the path to success. While failing is inevitable in parts of your business or a project, you want to make sure you never have a big fail — i.e. going out of business, laying off half of your staff, or letting one of your clients down. You usually can’t recover from a big fail in a small business.

That’s why it’s important to identify risk points right up front and the potential costs and consequences. You want to look at the path in front of you and say “Oh, I could fail here, I could fail there.” Push boundaries, but have a strategy — say to yourself, I know I’m going to push it here, but if this doesn’t work, I have plan B already ready.” That’s where that 5-10 percent buffer comes in.

Focus on the problem, not on making it pretty.

As designers and design agencies we often judge ourselves by how great our work looks. While we are all striving for excellence in every part of the business we must recognize that the beauty of our design solutions are only one part of why our clients hire us. In order to provide great value we must be looking at a broader picture than pure aesthetics. As a business owner, remember that your main goal is to be a problem solver for your client. Aesthetics can be part of it, but implementing the right solution is the main goal.

I’m guilty as anyone of looking at another studio and saying “How did they grow so fast/win X award/get that great client?” This isn’t a productive way of thinking. Remember, from the outside we don’t know if they got lucky, cut their price far below market or had an uncle who was the CMO of the company. Frankly it’s just like looking back at high school, what everyone else is doing didn’t actually matter. It’s up to you to make the decisions that are right for you and your circumstances. There’s plenty of work to go around.

It’s also important to remember that, as business owners, we’re sort of all in it together. I actually look forward all year to seeing competing agency owners at the Society of Digital Agencies global member meetings, or running into heads of other studios at award shows and conferences. The conversations I have with competitors, who are going through a lot of the same struggles and growing pains, help inform my decisions. And so far, I have never been sorry for any advice I have given someone from another agency.

Building a business is hard work, but the relationships you build along the way matter. In my career, I’ve been super fortunate that people have been willing to make time for me. I try to pay it forward when I can: I’ve taken countless cups of coffee with junior designers, producers and developers, even when there was no place for them at Metajive. Ninety percent of the time, the time spent with them led to something positive for both of us. Relationships are the lifeblood of your agency and your career; try to make the time. I literally just won the biggest account we have ever gotten based on a referral from someone I have never worked with but kept in touch with.

Read your face off.

When your the boss, you create the culture. That’s not always an easy transition for people. I’ve found that books helped–my favorite one is Start With Why by Simon Sinek, It was so impactful to realize why I was doing this.

You can view the same thing by following great people online on Twitter. Surround yourself with people who are doing great things.

From banging my head against the Complete Guide to Action Script (Flash) in the beginning of my career to recent weekends banging out handwritten thank you notes after a week of back-to-back business meetings, nothing has been more consistent than the fact that there is always something extra to do. Late nights, early mornings and weekends are for getting ahead; 9-5 is just keeping up. Extra effort adds up. If you spend 30 minutes a weekday on something extra outside of work, by the end of the year you’d have spent 100 hours. Think in small chunks: in 30 minutes you can send three well-written new business emails. What would 600 new business introductions do for your company by the end of the year? The willingness to go above and beyond for a client pays off in spades. Don’t be afraid of making the effort — you will learn something along the way. While you need to make sure you are not your business Sometimes grinding through is the only way. Roll up your sleeves and get to work!

Bonus tip: Remember, it’s a long way to the top if you want to rock and roll.

AC/DC told us the truth: building a worthwhile career or an agency doesn’t happen overnight. It takes time to get your bearings, get over countless ego checks, refine your process and build yourself a safety net. So set yourself up to enjoy the ride, reflect when you have a minute and take care of yourself — both mentally and physically. At every milestone you will likely be looking to the next, so take a breath and celebrate the small wins that all add up to something good. 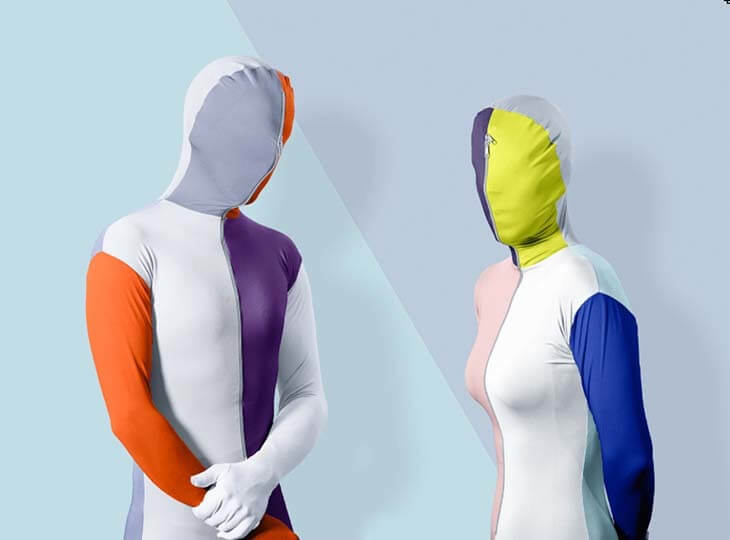