Back to Overview
Know Your Bonds

In 2015 BNY Mellon launched Dreyfus, a small capital fund that was designed to be smaller and more opportunistic in the marketplace. The goal was defferentiation among their Wall Street peers, while providing the same trust and security that comes with the BNY brand. Partnering with BNY's advertisting agency, metajive strategized, concepted and produced the digital launch materials for the fund. Starting with a 15 second TV commercial that clearly established the value proposition and provided impact to disrupt the status quo.

As metajive worked through the brand we catalyzed the offering into three distinct talking points that communicated the value of the product. This design highlighted the brand values in a modern aesthetic to clearly differentiate Dreyfus. Starting with a mobile first philosophy we created a responsive site that looked as beautiful on the phone as on your desktop and iPad. This project created the top of the sales funnel for institutional advisors to start a conversation with the BNY team to validate and gain interest in their fund, which outperforms the market. 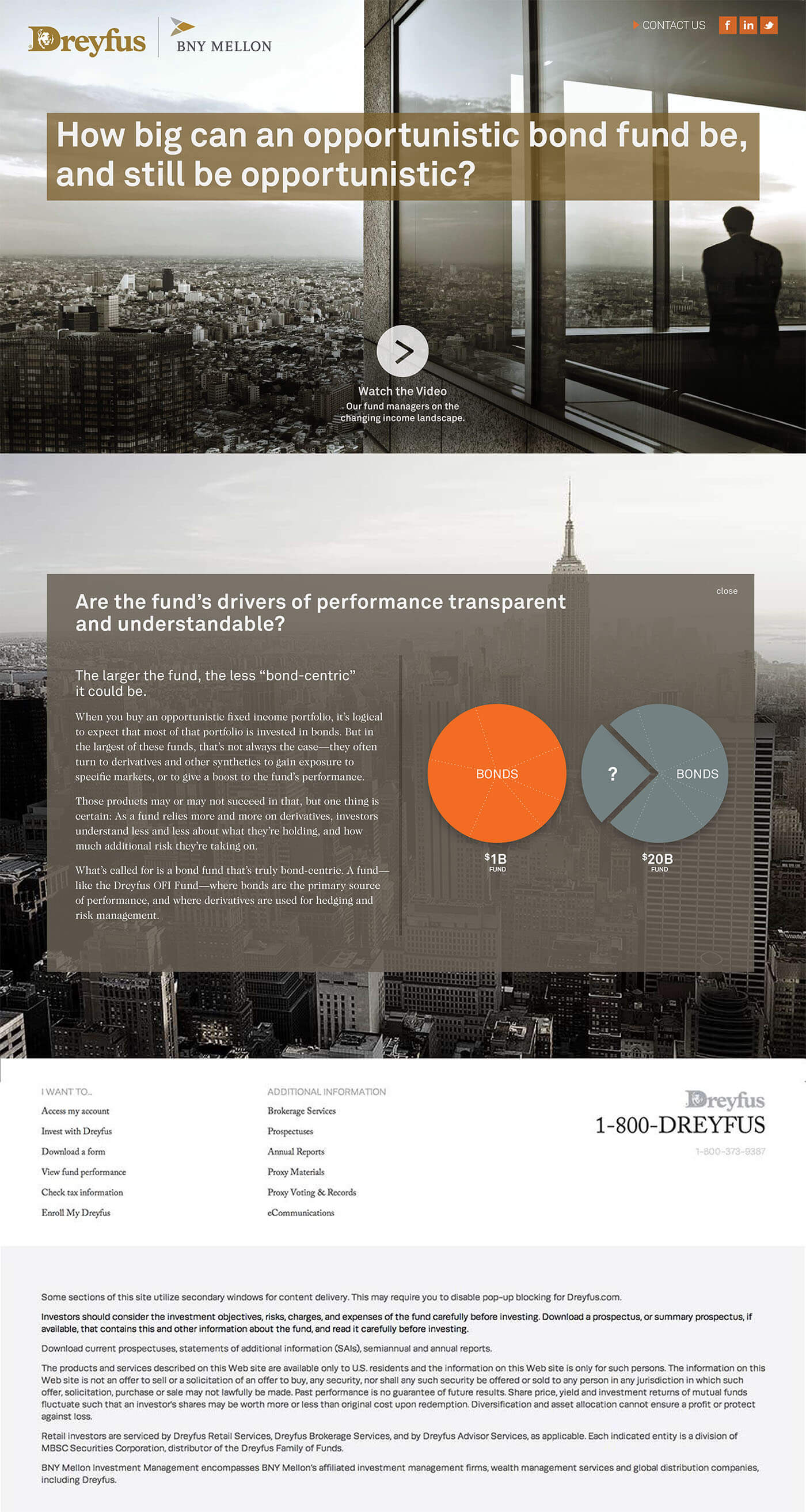 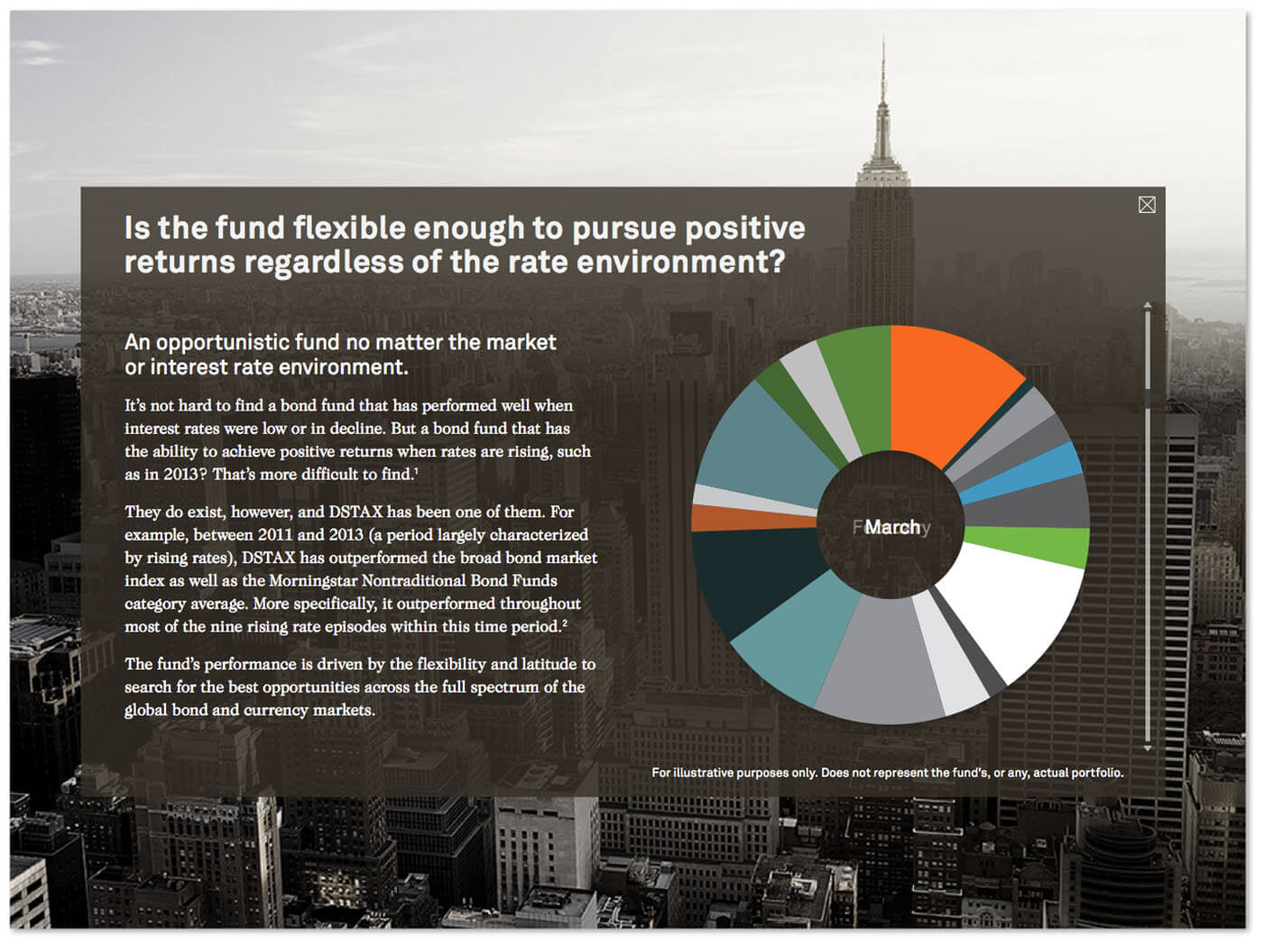 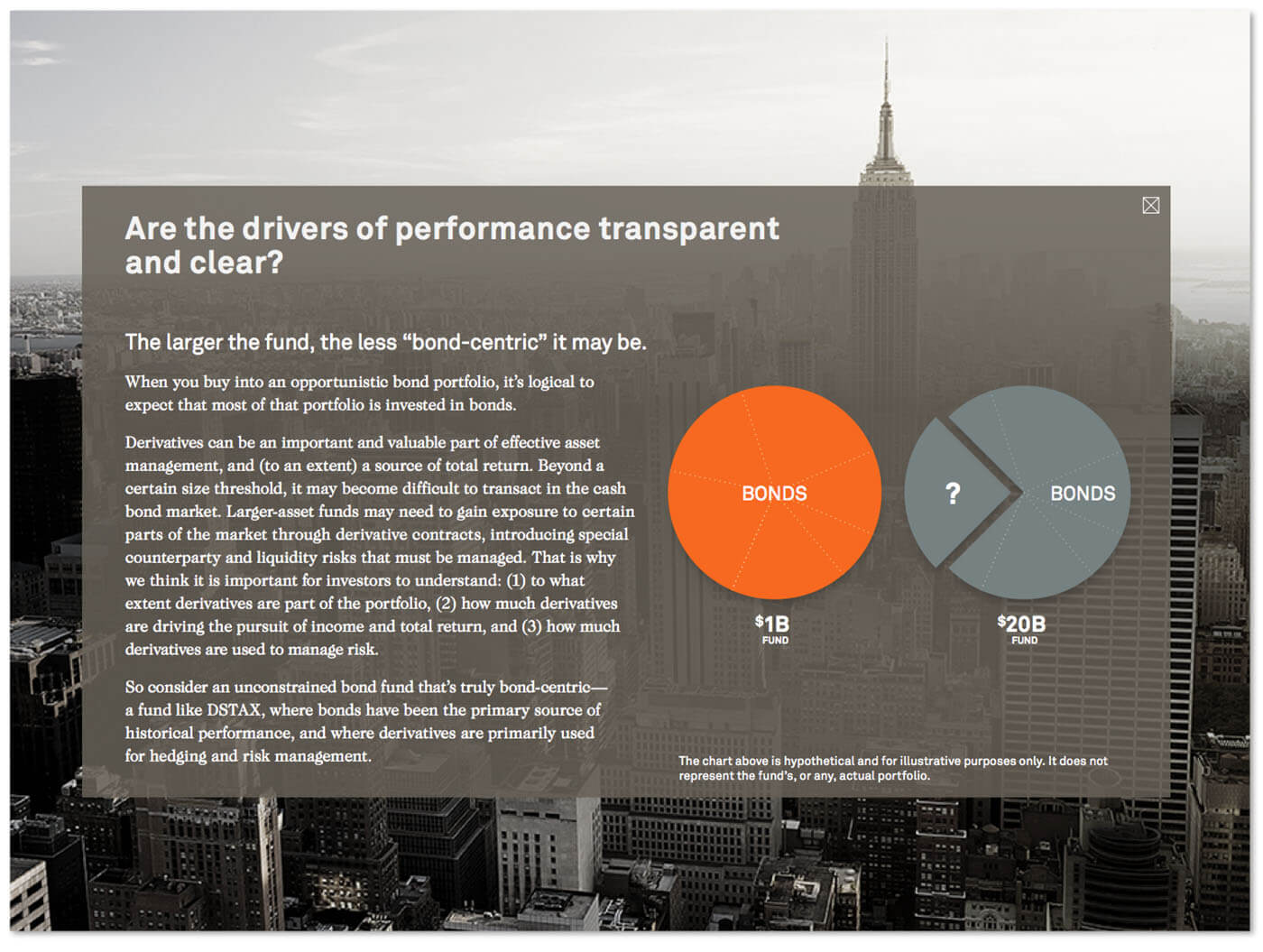 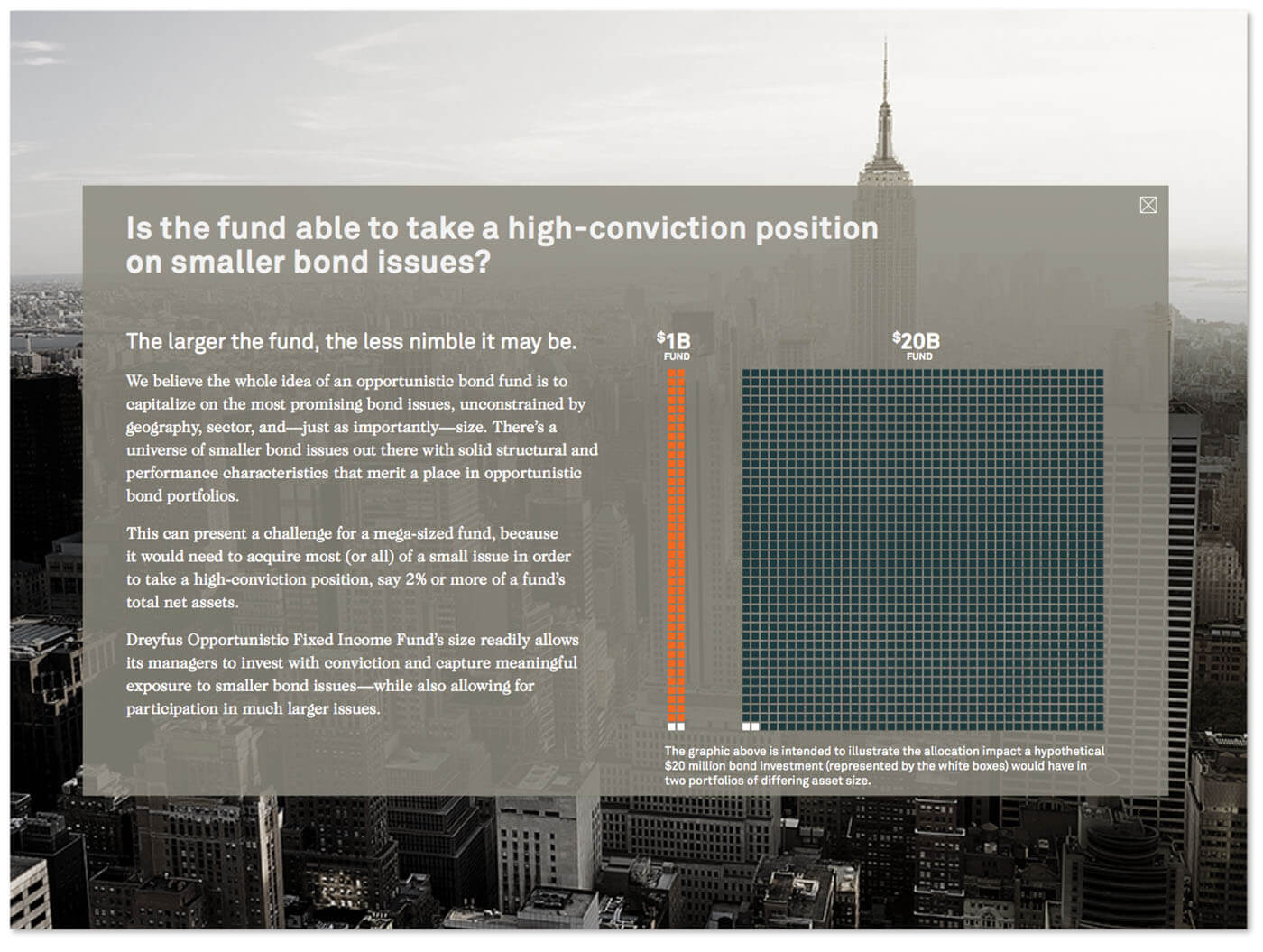 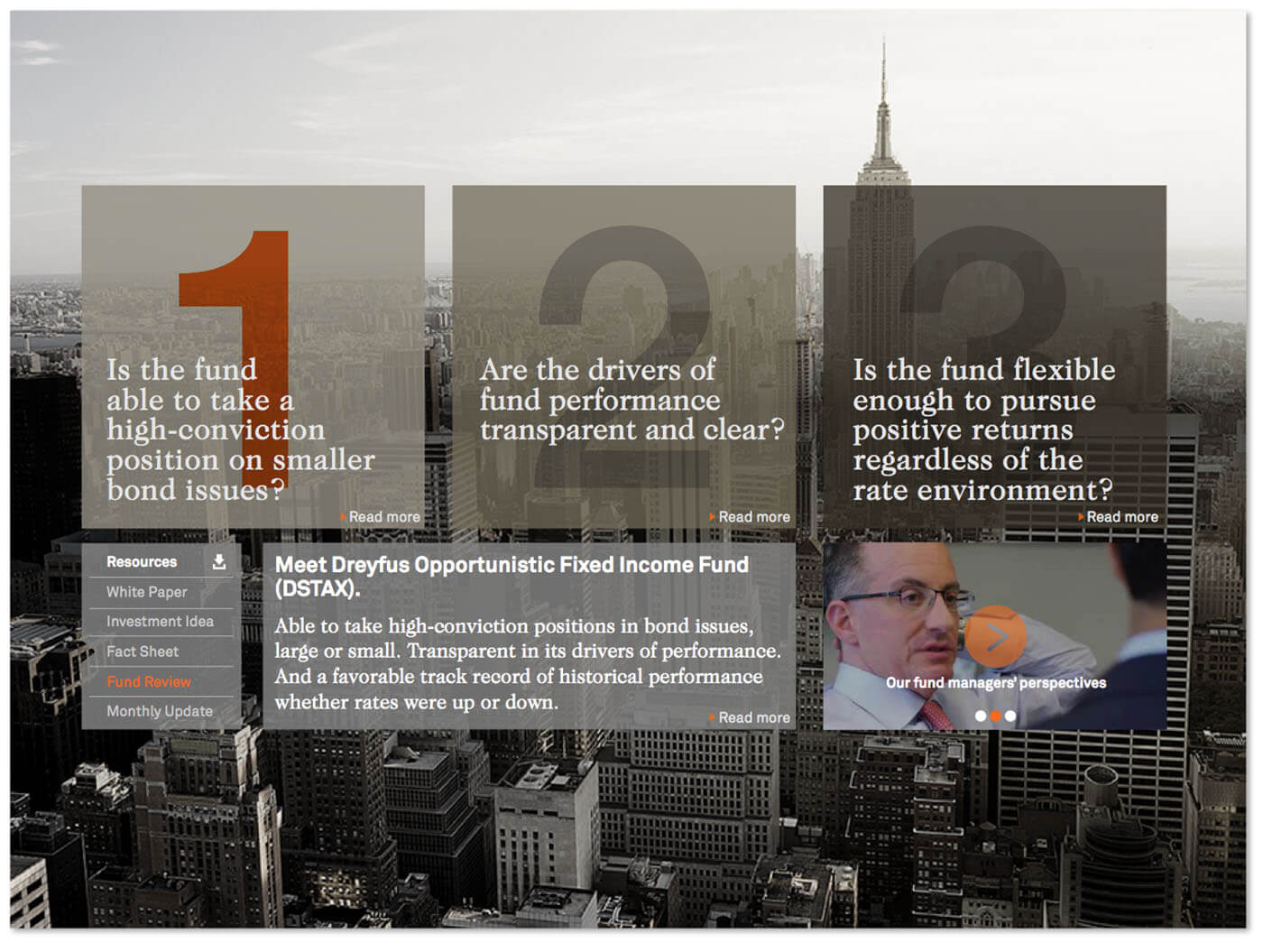 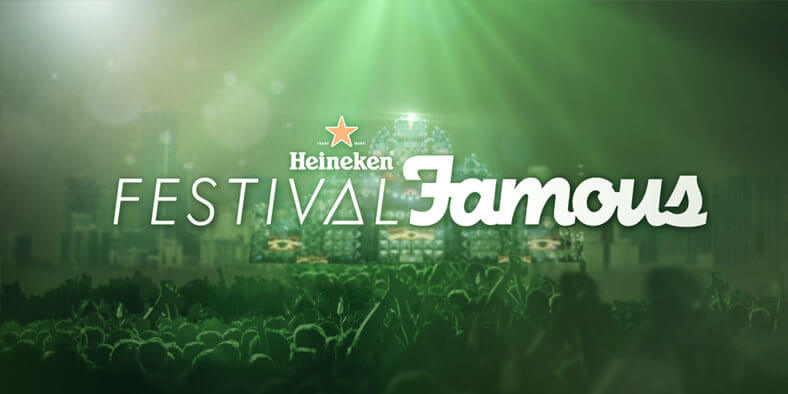