Back to Overview
Three years ago, Anton Repponen and Irene Pereyra walked away from director roles at one of the largest and most successful digital agencies in the world to set up their own studio, named simply Anton and Irene. That gutsy move has been rewarded with business and personal successes, and with the opportunity to do what they love most: actually design. We recently spoke to the duo about personal projects, building physical products, and the most rewarding part of working for themselves.

metajive: You were working on the largest brands in the world. Why start your own shop?

Irene: We started at our previous agency in our early 20s. If you were able to do great work, you would get promoted. We were directors very young and were working on massive projects. In the first couple of years, it was very exciting because we were learning so many new things with every single job. As the jobs got bigger and more complex, the challenges also grew, so it was a big learning curve for us.

At some point, we both realized we stopped learning and growing. We were doing the same things and applying the same patterns, so it got boring. We were overseeing a lot of projects and we had some sort of involvement, but not a deep involvement. We were designing far less than we were at the beginning. It kind of snuck up on us. As it got more extreme, we realized that we are not set up in our bodies to be managers—we don’t enjoy that. I always feel that designers who become directors who don’t design anymore are the worst designers because they lose touch with what it takes to design. I didn’t want to become one of those people.

Anton: When you work in an agency, whether you are a director or regular designer, it’s like every day is full of battles. You spend your whole day in battles. In the evening you can finally sit down and do some work. Having a small studio, we don’t have to convince anybody now except the client. Now it’s way more efficient and we spend less time on battles and just have to agree between the two of us, and then present to the client as a united front. Also, when you work at an agency, you have to work eight hours a day. If you are done with your work early, you just get assigned to another pitch. With just the two of us, we can take off earlier, or work on one of our personal projects, or go travel! 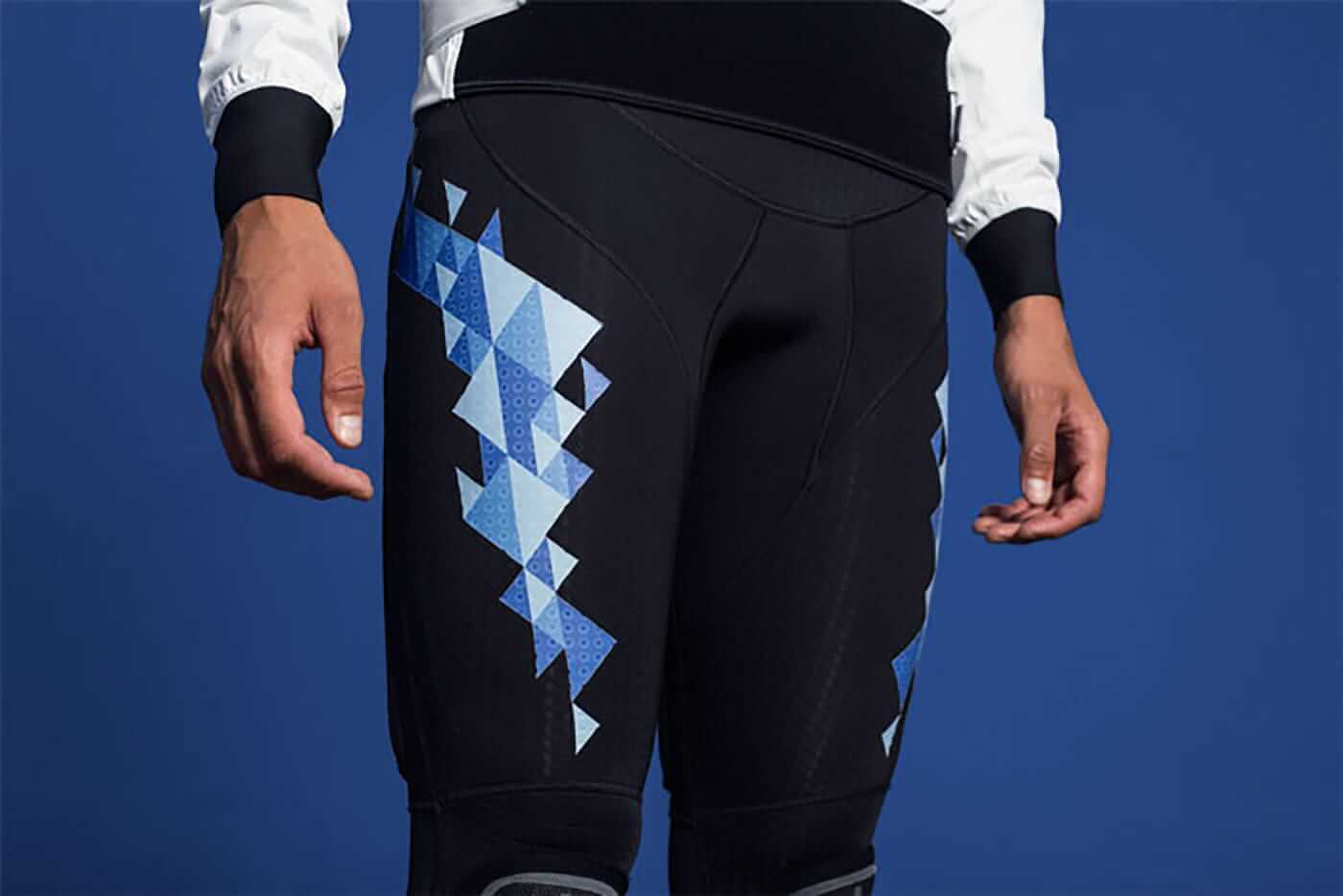 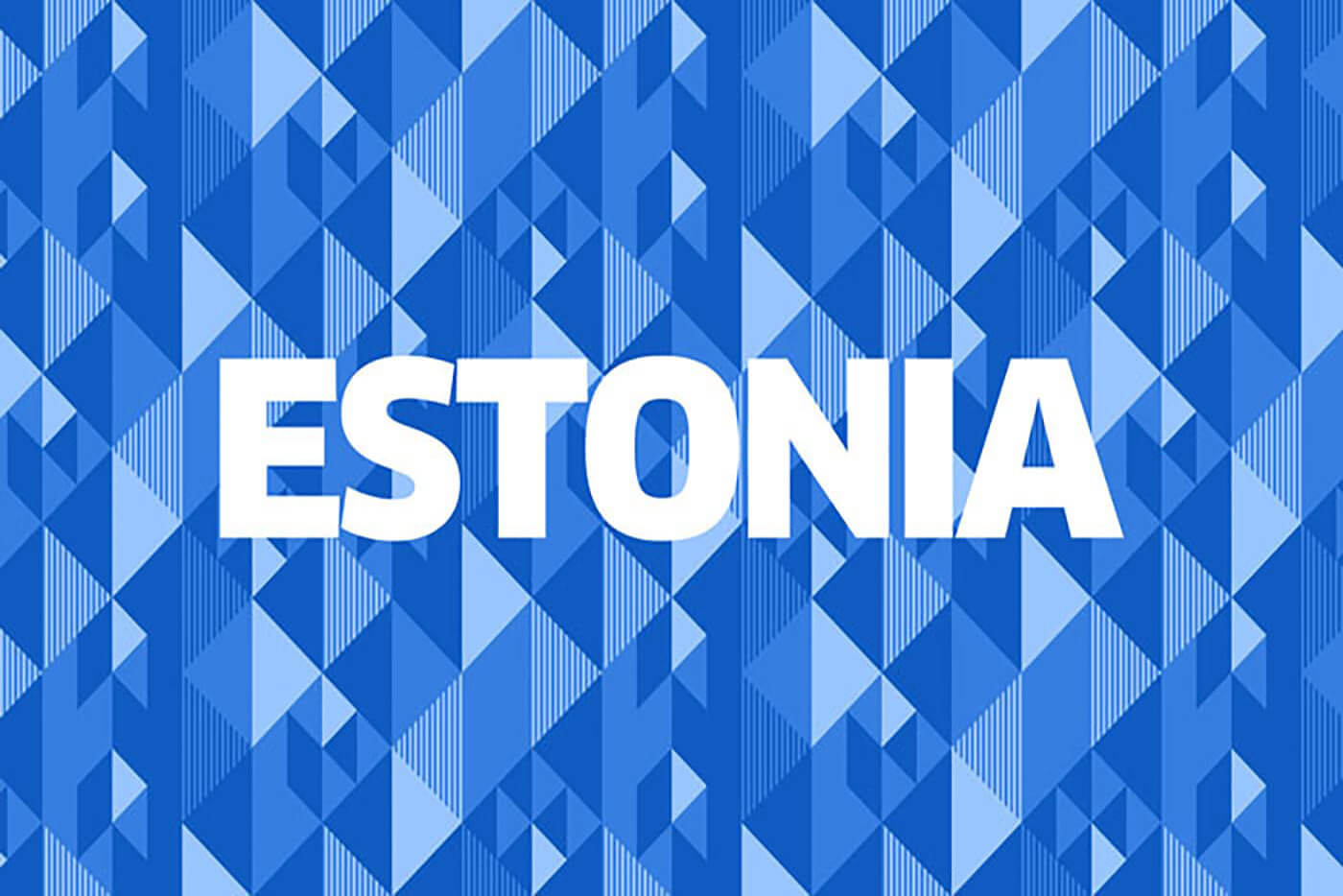 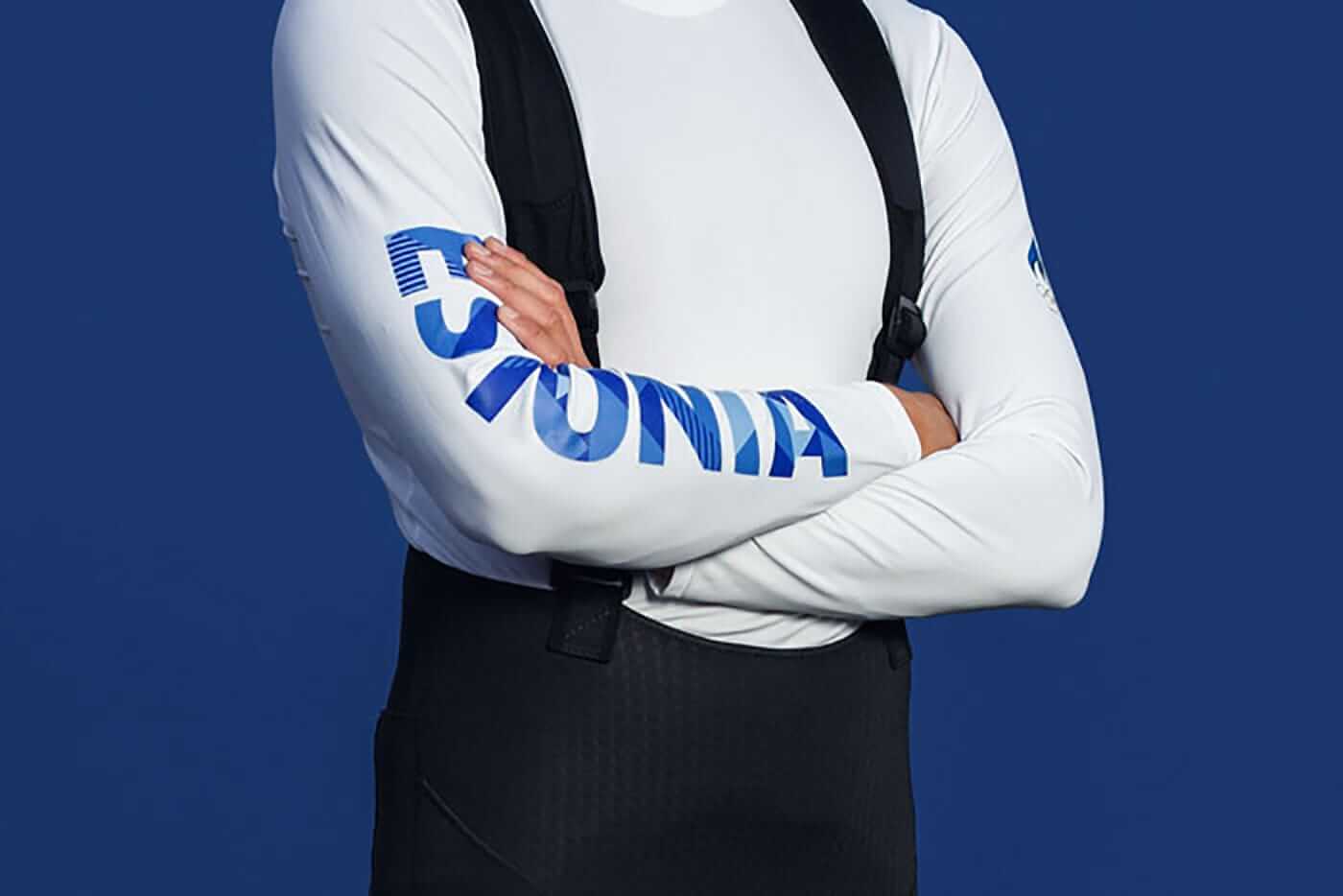 metajive: Has your process changed since you transitioned from manager roles to full-time designers once more?
Anton: Now we work with just one development partner. Before, every project would end up with a different agency. All the projects we design have been released as we intended because we control development fully. You can see on many projects elsewhere that the design was great but it wasn’t produced as intended.

Irene: At our previous agency, we would never have been able to do a project like the Shantell Martin project because it wouldn’t have been profitable enough. One of the inefficient things I saw at the agency level is that everyone’s salary has to be justified, and everyone has to be paid, so you are locked into only considering projects that are upwards of a million dollars. There are great clients in that range, but there are also great projects and clients in the range below that. I like the switch back to slightly smaller scale projects that have a closer relationship with the client. 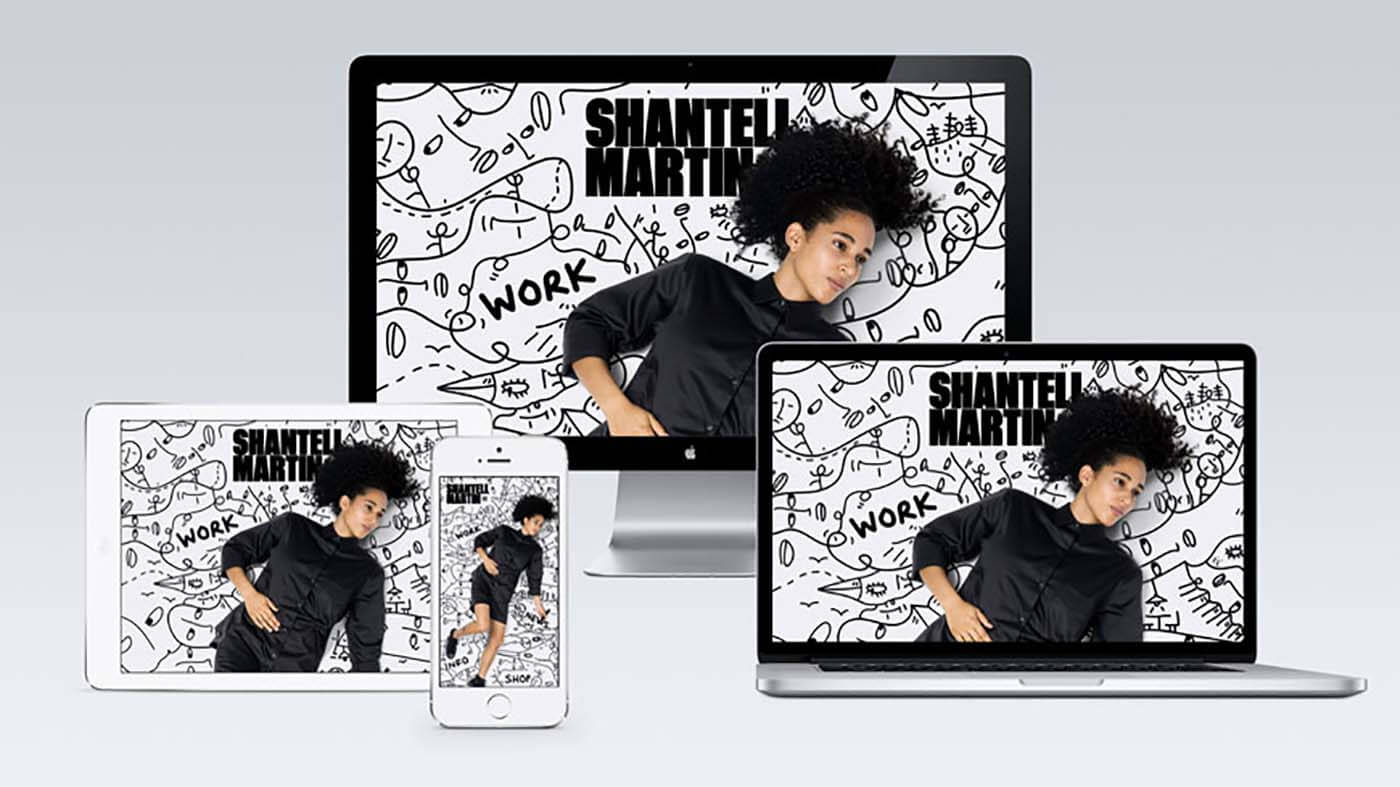 Anton: It’s hard to experiment on big projects. Experimentation means risky solutions and you just can’t do that with large clients because of the scale and volume. You can experiment with smaller sites and smaller content, but on the larger scale you have to stay safe because of the volume and future progression of the site.

Irene: One of the things I enjoyed about our old agency was the amount of different types of people. It was really interesting to be exposed to different types of people and their skill sets and I learned a lot from people who had nothing to do with what I was doing. That is the one thing that is a little more difficult now being just the two of us. There is zero confusion and we are highly efficient, but I also miss the aspect where you don’t know how to work with someone but figure it out as you go along. Anton and I are like Siamese twins, so there are no surprises.

One of my hopes for the next couple of years is that we will be able to keep collaborating with people closely beyond just the two of us. Ultimately, digital design is a collaborative effort. Anton has the luxury of having a close relationship with our development team, and you learn from that. Expose yourself to other people’s methods and skills and you can’t help but learn from that whether you are trying or not.

metajive: Your personal projects seem to come at a large scale. Do they start small and grow, or do you embrak with a fully baked plan you stick to?

Irene: By creating the space and the time, we allow it to develop naturally. In the past year, the Misplaced series and One Shared House have been very different projects that came with different desires from Anton and from me in terms of what we wanted to accomplish. Anton is naturally interested in different things than I am, but because we have the money in the studio and we have each other’s support, we can let those projects happen. For example, Misplaced was 100% an Anton initiative, and One Shared House was 80% mine. We don’t have a formula for how we go about it. When we have an idea, we figure out a way to make it.

Anton: You never know how big this stuff is. We thought we were going to do the One Shared House in four weeks and it has taken four months. You realize you have to change direction. With personal projects, you don’t have a barrier, which is good. 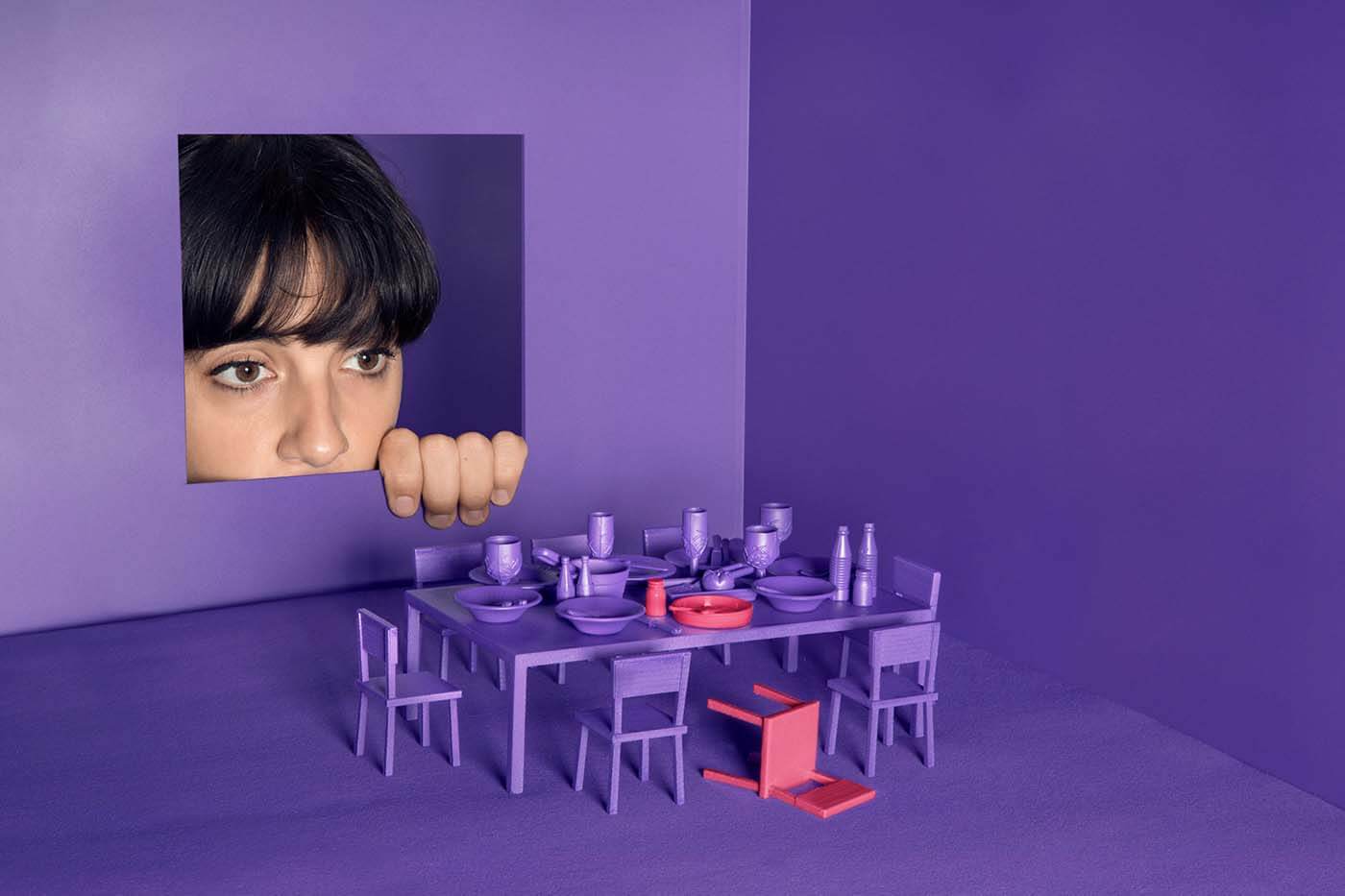 metajive: You have reached a point where you have the privilege of picking and choosing the work you take. What do you look for in projects and clients?

Irene: The most important thing is understanding what type of client it is. We do want to make sure that whatever project we take on has something in it for us. For example, there could be a client that has a project that isn’t super interesting, but it has a great budget that will help supplement our personal work. We would consider that as a “money project.” Then there are projects where there is barely any money—such as the One Shared House 2030 project—but there's something interesting for us to explore.

Ultimately, you need to choose based on whether you like the person or not. You can’t put a price on that. We are careful now about making sure we like somebody and whether they respect the work we do. That is always step one. Then we see how they fit in with the type of client work we take on. We also try to keep a balance between all the different types of work we mentioned.

metajive: You're building a watch. What is it like to work on a physical product?

Anton: Obviously, you can’t do it by yourself. We had to collaborate a lot with people, but even then, it’s hard because it’s difficult to tell if that person is good. We didn’t even know how to find people who are watch experts! It’s a big learning curve, but the good thing is that we don’t spend eight hours working on this project. It’s like fishing: you throw a hook and you wait. We take it slow, because otherwise we could spend too long working on an industrial design project that didn’t go anywhere.

Irene: Early on, we asked ourselves how much money we were prepared to lose on this. Once we set that amount, we insured that everything we did didn’t exceed that amount. That made us more comfortable in our decision making. There were some disappointments along the way, and it’s tougher to make something perfect in the way you can with digital because you are working with moving parts. Once we finally had a working prototype, it was more magical than any website we have ever launched. You have a physical product in your hand, and it’s kind of amazing, even if it’s not exactly how you envisioned it.

metajive: In addition to personal and professional projects, you also teach. How did you get involved with harbour.space, and what's different about this school?

Irene: The founder was looking to start a new school in Barcelona and reached out to us. She flew us to Barcelona to discuss things with the project's funders. They asked us to write a curriculum for Interactive Design, which we did by imagining what we would want to do if we were students now. One of the things we decided was to move to three-week modules per class rather than a semester system. This allowed us to ask our designer friends to come to Barcelona for three weeks and teach five days a week—that way, the students get totally immersed in that topic and once it’s over, that topic is closed. The curriculum is quite broad, from copywriting to motion to sound to AR and VR. Students are learning from the best of the best in what are more like workshops than traditional classes. It introduces them to different concepts and then they can go on to decide what they want to do afterwards, but at least they can understand what it takes to do the other specialties. 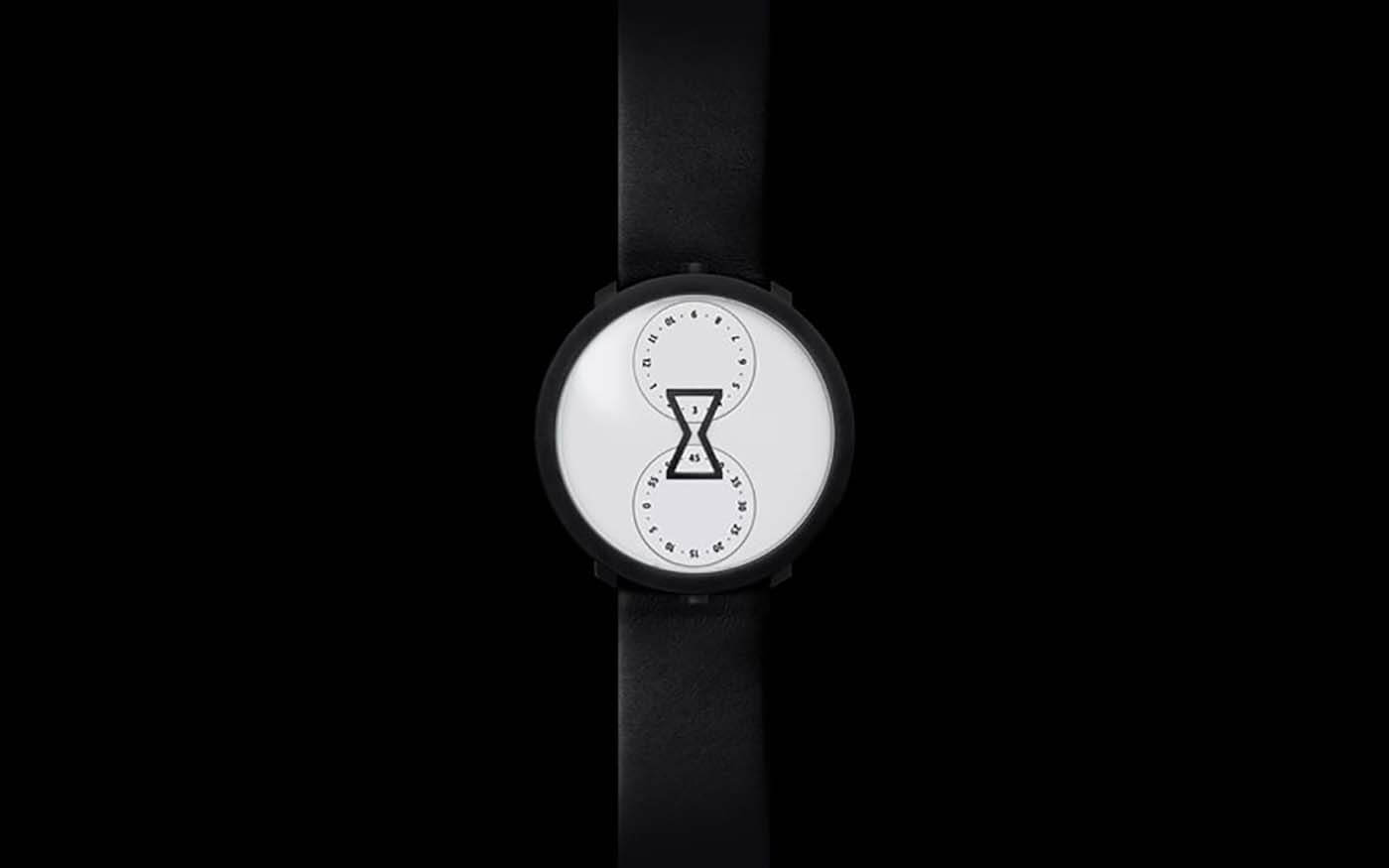 metajive: How does your constant travel for work, teaching, and public speaking impact your outlook on both personal and professional life?

Irene: I get bored very easily of things and people, so if I am in New York too long I get very bored and restless and unhappy and negative. The more chaos there is in my life in terms of new experiences and people and things to do and see, the more productive and relaxed I am. For me, exhausting is doing nothing and sitting in the studio in Brooklyn all day and seeing the same people over and over again. I deliberately try to find places I’ve never been on these breaks and do things I’ve never done before. I just signed up for go-karting through the streets of Tokyo — it makes me a happier person to do these kinds of things. All of this traveling, these conferences, and a hyper-speed life is a choice. I am happy and I would never change that.

metajive: What has been the most rewarding part of running your own agency?

Irene: Creative control. We decide what comes in and how it leaves the studio. It’s a luxury few others have in an agency structure and I think we are all the more grateful for it as we know how it usually works in an agency. It’s incredible how easy it is to run a project successfully when you cut out all the unnecessary fat of extra people. The more people who get involved, the harder it is.

metajive: Who are your biggest idols in design and why do you look up to them?

Irene: None. Kill your idols. 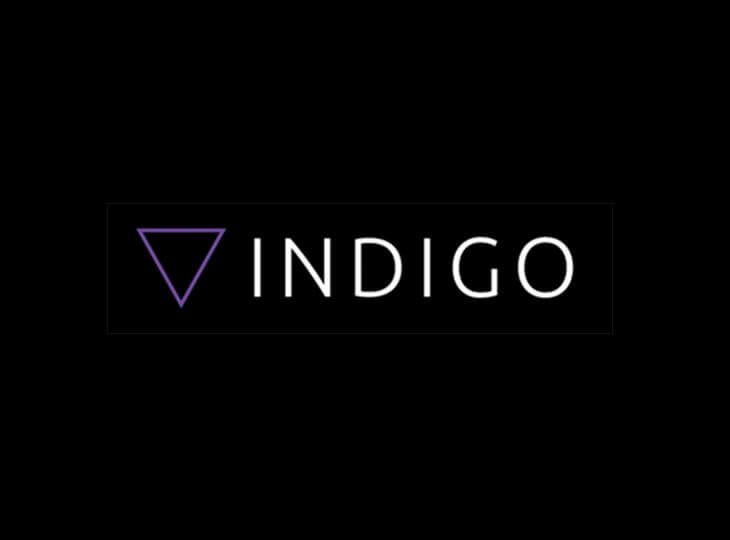