Back to Overview
The Spanish-born designer on the winding path from freelancer to running some of the world's best digital agencies.

Award-winning designer Claudio Guglieri likes to “jam.” It’s a word you’ll hear him say in conversation often, and it makes an appearance on his website. The word says a lot about the Spanish-born designer, it’s how he works with his clients: freeform, collaborative, improvisational—they “jam together.”

Claudio started out his design career in his hometown of Granada and has since worked his way through the metropolises of London, New York, and San Francisco. He places a lot of emphasis on transparency with his clients, bringing them into the process early to talk his ideas through, and he likes to show numerous iterations and prototypes, including the aspects of a design that didn’t work.

Proof of Claudio’s inclusive approach can be seen in the success of both the studios and team members he has led at B-Reel and Fantasy. Most recently, Guglieri worked with the team at Lonely Planet on their mobile apps and is now embarking on his new role as Creative Director of Elephant—a division of Huge. Claudio’s new venture there will focus on cultivating the agency’s process and team and, of course, jamming on projects. We chatted with him about his path and how to lead teams that do great work.

What was your career path like from intern to Creative Director of some of the most award winning agencies out there?

I actually wanted to become a college teacher and started a PhD back in 2006 in Fine Arts, but I was running out of money so had to find a full-time job. I spent a month creating a portfolio site on a CD and then went to all the agencies in the city and left the CD but no one called me—it was depressing! So my next move was to create a website and pretend to be a studio.

My next move was to create a website and pretend to be a studio.

I sent emails to all the agencies I had previously contacted and freelanced for many of them until I took a job at PixelingLife. I moved to London two years later and looked for a job eventually landing as a Flash Developer and Art Director for Max Factor campaigns and then finally as a concept designer for Microsoft Surface apps in 2009. That’s when Fantasy contacted me and I ended up moving to New York in 2010 where I stayed until 2014. In 2014, I left Fantasy to be an Art Director at B-Reel in NYC to try more campaign based work but came back to Fantasy when I realized that what I wanted to do was more utilitarian work. That was when I decided to focus on product design.

You’ve shifted from being a campaign designer to a product-based designer. Why did you switch and what was the experience like?

I can trace my turning point back to a time after a Christmas when I realized the site I had been working overtime on for the last few weeks before vacation was already offline. The campaign was over and all the work we all put into it was gone. I always took pride in enjoying the craft, but that project was so intense that neither that nor the results were enjoyable. It was time for a change.

When you work on a campaign site, the whole brief is so specific, but on a product it’s a whole range of goals you have to balance and problems you need to solve. The biggest challenge I faced when switching gears from campaign work to product design was understanding the longevity of projects versus the one-hit-wonder campaign approach. With product, you have to deal with broad product goals and you get to participate in multiple segments of long-term projects. Maybe you are lucky enough to be part of it from the beginning and plot out the rest or maybe you get injected in the middle and need to assimilate what brought you in and what can you do to help.

For years your site was called “whydontwetry.com.” Why?

The way any designer starts is by mimicking those he admires. Innovation is a tricky subject but I’ve always tried in every company and project to do something new, something that hasn’t been done before. I am far from having it solved, but for me it’s about trying something even if you are not sure it will work. It is extremely difficult to try to present something that doesn’t have a precedent but could be awesome. Sometimes you have to push a little, and ask, “Why don’t we try?”

It all comes down to transparency and alignment with your client. You never know what is going to spark an idea. I don’t think of the client as someone you deliver stuff to, but someone you collaborate with. Clients are like junior designers in the sense that they have out-of-the-box ideas. I like to show my line of thought and design variations so they understand what took me to that place. In my experience, showing the client variations is a really good conversation point and you can come out with more great ideas from the meeting.

The progress of one of Guglieri’s most recent projects: a Lonely Planet mobile site, from sketch to near-final. See the current version here.

You recently spent a year freelancing. Did that change your perspective on running a design business and how did it affect the way you work with clients?

A lot! Firstly, there are so many people involved in an agency and you don’t have control over them all. Many times, somebody in the room would over-promise things to clients that I knew wouldn’t happen, which was really frustrating. As a freelancer I’ve learned to be very specific about defining what success means for each project, explaining, and laying down the process to achieve it, and then being crystal clear about the time that it will take to hit all the milestones. Sometimes I’ve included in the contract what I was going to do each week, so it was totally transparent. You can show that you are on track and where you are at. I love that process! I like to have total control.

As creative director what role do you and the agency play in progressing employees and cultivate a culture of forward thinking work?

Your work environment is effectively your second home and it’s really important that everybody feels comfortable at it. Here are some tips that have helped me along the way:

What are the most important steps for a designer to take to progress their career, and why are those stages important?

I see essentially three levels of expertise when it comes to designers: junior designers, intermediate designers, and senior designers. I don’t like it when people are just desperate to step up the ladder quickly. First, you should love your craft. Being a junior designer is like being the pure soul of interactive creativity, and having no boundaries. Most of the ideas they propose won’t work, but the fact they are being put out there is great! There are no boundaries to what they see possible and agencies should reward that. Once you get to the next level, it’s all about being able to power through the entire project—it’s more regimented and not always enjoyable, but it has to be done. Once you get to be a senior designer, you also have to think about mentoring and leading other people, and that’s a whole different role.

Leadership culture is about enforcing mentorship. You need to have a shared vision and you need to give people responsibilities. When a new intern comes in, a senior designer needs to mentor them and it grows from there. What doesn’t work is isolating people and establishing hierarchical levels. As soon as you have someone to take care of, you are already implementing that in your process. It’s an organic process… a designer should never be isolated in a room, they should always be in touch with someone more senior and have the potential of having to look over someone else as soon as they are ready. 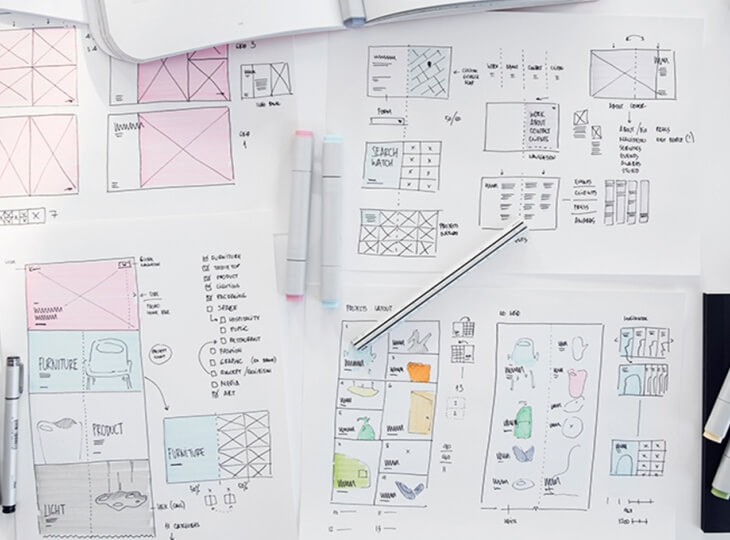