Back to Overview
I’m a DJ from New York City and I run with a crew of turntablist kids called the 5th Platoon. I was one of JayZ’s former tour DJ’s and currently I am an Adidas Global Ambassador, kind of like following in the footsteps of Grandmaster Jay.

On a rainy day, just outside Manhattan, I had the good fortune of spending an afternoon with DJ Neil Armstrong, a man I admire both for his musical genius as well as his work ethic.

I’ve put together some reflections and excerpts from my interview with him in the feature below.

You’d be forgiven for feeling intimidated sitting down with DJ Neil Armstrong.
Anyone who has been Jay Z’s right hand man, rubbed musical shoulders with the likes of De La Soul, Kanye West and Wyclef Jean - to name but a few - and represents Adidas on the global stage has earned a right to at least a little bit of a pompous attitude.

But not DJ Neil Armstrong. The first thing that struck me about this world-renowned mixtape genius is just how refreshingly humble he is.

Meeting up with Neil to discuss his craft, the path he walked to get to where he is today and his thoughts on the musical world he is so embedded in, I discovered that no matter what industry you work in, never taking for granted the talent you possess and always staying true to the love you have for your work is a fine recipe for success and beautiful, authentic outcomes. And for the record, he worked his ass off to get there too.

These are the values we aspire to at metajive. Just as it can take Neil a year to create a perfect a mixtape, we work relentlessly to create digital experiences that we hope will meet our clients’ dreams and exceed their expectations. We immerse ourselves fully in the project and live and breathe it until we feel we have created the best version possible.
Like DJ Neil Armstrong, we take pride in our craft.

Dave: It’s great to see you! Could you start us off with a little introduction -- who is DJ Neil Armstrong?

DJ Neil Armstrong: I’m a DJ from New York City and I run with a crew of turntablist kids called the 5th Platoon. I was one of JayZ’s former tour DJ’s in 2008 and 2009 and currently I am an Adidas global ambassador, kind of like following in the footsteps of Grandmaster Jay.

Dave: Very cool. So how did you start DJ’ing?

DJ Neil Armstrong: It definitely wasn’t something I thought about doing as a career. I was a kid growing up in NY in the golden era of hip-hop and I guess it was just a little different back then. You know, kids didn’t wear tight jeans and Jeremy Scott sneakers! It was like you beat box’d you were in to graff, you were in to MC’ing; you were in to all the elements if you were a hip-hop kid. Even if you weren’t a graff writer, you knew them. I was part of that era, and it was really like a real cultural thing for me.

At first I used to go to shows…I saw De La Soul, Tribe Called Quest… I used to watch DJ battles, and then I got to this point where I didn’t want to be a fan anymore, I wanted to participate.

Dave: Once you got to that point, how did you make the transformation?

DJ Neil Armstrong: The transformation happened very quickly. One year I was watching, the next I was in it! I was about 21 years old, which is late. Most DJ’s I know started at 17. I was one of this first group of kids who didn’t start by being a party DJ or a producer, the first thing I tried to do was scratch. On the East coast in particular, there weren’t many kids like that. I wanted to go win DJ battles!

Mine was more of a performance aspect thing. The thing with turntablism is you want people to watch you, you are the center-piece. When you are a party DJ you are in the background, your job is to control the situation and the focus is the crowd.

In our case, the focus is us.

I ended up hooking up with a great crew – the 5th Platoon guys – and it went from being a hobby to being my career. Not that quickly – it took about 14 years!! – but if I look back I can definitely see points where it happened.

Dave: So, when you came to that point, when you knew you were going to try to make a living, were your folks supportive? How did your family react?

DJ Neil Armstrong: Well you know, I’m Asian American, so the stereotypical truth is that it’s a littler harder to make parents happy. They all want us to be doctors or lawyers. My father happens to be a lawyer… I wouldn’t say they were unsupportive… As long as I graduated college it was fine, and I graduated college.

At one point I had a normal job. But whenever I had free time, it was spent taking care of my craft.

When I started DJ’ing I spent on average 20 hours a day DJ’ing – I’m not really sure how! Or that’s what it seemed like…every waking moment if I wasn’t doing something else it was spent in front of the turntables.

By the age of 24, I had already bought a crib, I knew how to manage my money. As long as I could pay my mortgage, my parents couldn’t really say anything.

Dave: And now you’ve backed JayZ and are the Adidas brand guy!

DJ Neil Armstrong: Yeah! But unless someone asks me about it in an interview or something, I don’t really talk about it…

Dave: Once you started making money doing this, was it hard to believe that this was really your career?

DJ Neil Armstrong: I was still very much a kid when I started. I was playing Nintendo, studying etc.

I had a normal job at Credit Suisse. I had the 9-5, the tie… It was during the internet bubble period, early 2000. People were getting hired to run companies, I was a director of operations and I was just a young kid. Companies had lots of money and were hiring lots of people to create the infrastructure of what we have today.

They were just pulling anyone who said they could program. Now I happened to have been a DJ and I knew people, then they found out I also knew how to program, so that’s how that all came about. I built Loud Records’ first bulletin board forum and when I did that, they were like ‘wow, he’s a genius, let’s employ him!’…Then basically the bubble burst, and because I was one of the higher ups, I was one of the first to get fired.

Believe me, I struggled, I probably wanted to quit every other week, I wasn’t the popular one in the crew! I was like the U-God of Wu-Tang.

Dave: Let’s talk about social media. How has that changed your scene?

DJ Neil Armstrong: Social media is amazing in making sure people know when I’m coming to their town or when my next gig is…

When I joined with Jay…that was one of the cool things about that time period. I was the one at the crux with Jay. The DJ before me was a kid called Green Lantern. He’d worked with Jay forever. If anyone should be thought of as Jay Z’s DJ it probably should be him. But that was before social media.

I was the one posting the videos up and I became the one who became known as Jay’s DJ. I was lucky. There are Youtube videos of me and Jay and it gives me credibility.

Dave: So how do you stay true to it all? You’re not just out there pushing buttons are you?

DJ Neil Armstrong: I don’t DJ a lot. A lot of my friends are blue-collar DJ’s. I only have to DJ 4 times a month if I really want to. It’s the other stuff I do – the mix tapes, stuff with Addidas, stuff with they NBA – they are pretty large pay-days. I don’t have to worry about it in the same way other people do. Because I don’t play in the same quarters I can play the same set. … Technically I could do the same thing and it doesn’t matter as it is brand new to each crowd. I have sets. Good DJ’s have transitions. They know that certain songs go together. The only formula is that you need to know how to read the crowd and that depends on every individual situation.

When I was a turntablist I used to try to hone my craft for the battle zone and it was stress, but nowadays when I want to relax and DJ, I’ll just put a record on and cut into scratch. Now…it’s just pure fun.

Dave: What advice do you have for anyone else trying to come up, if they want this to be their life?

DJ Neil Armstrong: People don’t understand that there is a high level of sacrifice and a lot of work…All they see is the effect. When a rapper has an Escalade, all smaller people see is that they want the Escalade, but they don’t understand what they had to do to get it…It’s a labor of love. You have to work for what you get…

When I worked with Jay, I slept in a new bed every night. Some of you guys might think that’s really great, but really think about it. When you come home from work and you get to sit and watch TV or lie down in your own bed and that’s your environment. Imagine waking up in a strange place every day…That’s not a good way to live, it’s harrowing. You’ll be stressed constantly because you don’t have anything of your own.

When you are on tour, you never get to reset. You never get to see your family or your friends. You’re constantly on the move…I work insane hours so I never sleep…

The way I’m explaining it to you right now, you’re like “oh I can take that”, but trust me! The majority of people out there have no idea how it is to have that self employed artistic lifestyle and we go through a lot.

The year I met Jay I’d already been DJ’ing 10 years. It wasn’t over night – it was 10 years in the making. If you want to make that sacrifice understand it’s a lot of hard work. If you are doing it for the right reasons…Never do it just for the money otherwise 99% you are going to fail.

Become a DJ because you love music, not because you are trying to become famous. And then you will be famous.

Tune in to https://soundcloud.com/neil-armstrong-3 for a taster of Neil’s music or http://instagram.com/djneilarmstrong for an even tastier photo stream. 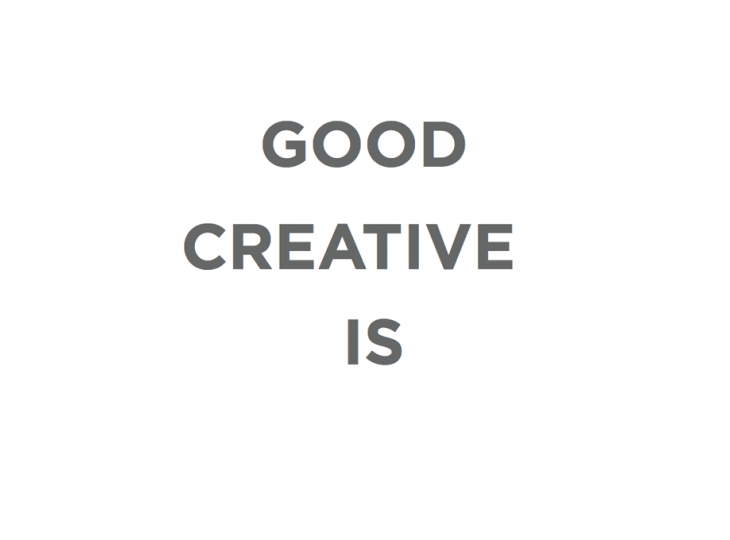