Back to Overview
Trading in Blockbusters for Personal Creative Satisfaction

If Maxx Burman does his job right, you won’t even notice his work because it not only blends into the background – it is the background. The Los Angeles-based matte painter and VFX supervisor has digitally painted frozen tundras, alien environments, and other wild virtual landscapes for some of the world’s most prominent films. His matte paintings have served as the backdrops for Hollywood blockbusters (Godzilla and Iron Man 3), popular shows (Game Of Thrones and The Walking Dead), and video games (Call of Duty and League of Legends).

However, two years ago Burman realized he was consciously disowning the directorial changes made to his work. While working on blockbusters, he had to let his work go and allow someone else to tinker, shape, or even overhaul what he designed. So for the time being, he has made the choice to step away from focusing on the big titles and to find projects with clients who let him inject his personal style into the work.

After leaving his art director role at Elastic Pictures in June, Burman is committing more hours to personal projects, including his game One More Night and his first solo art show, Disconnect.

We talked with Burman about how he established himself as a go-to matte painter for Hollywood, why he has shelved those gigs at the moment, and how that led him to appreciate his art in a whole new way.

How did your background — both your skills and education — lead you to matte painting?

I fell in love with Photoshop and painting at a young age, so I put a lot of hours into trying new things and teaching myself new tools. I didn’t even realize that there was a career around this at first. When I was 18, after high school, I cold-called every visual effects studio I could find online and just said, “I need to be in the studio, on that side of things. I don’t care if I have to make the coffee!” That’s how I got my first job as an intern at Zoic.

At Zoic, you worked for renowned matte painter Syd Syd Dutton. What did you learn from him?

There is so much that I still use today. He would give me art history classes, and taught me how artists like French painter Jean-Léon Gérôme would use composition to tell a story in a painting, or how the Hudson River School painters used color and light to move your eye around a canvas. One of the big non-art lesson he taught me was about taking pride in my craft and how to present myself. A lot of people in Vfx studios wear shorts and sandals, but when I started working with Syd, that ended. With him, I had to wear a dress shirt, dress shoes, and nice jeans or slacks. He would tell me, “It doesn’t matter what everyone else is doing, it’s your responsibility to maintain the respect of matte painting, and that means presenting yourself in a professional way.” That never left me.

Tell us about the craziest major entertainment production experience you had.

One of my early jobs as a concept artist was designing a Coca-Cola commercial tying in to the soon to be released Avatar movie. There was so much mystery and hype around the 10- year production of Avatar, and everything was top secret. I was given a couple hours in a room with a book that had all of the concept art for the film. I had to memorize the look of different environments before painting 10 concepts for this commercial.

For four straight days I was at the studio, and I finished the 10 paintings. On the night before the pitch, slightly delirious and sleep deprived, my producer and I went to Kinkos to print out all of the art work. We left the files with a Kinkos employee and grabbed a couple coffees while we waited for the printing to finish. We returned to the studio at 7 a.m., and dropped off the printed boards of paintings that we had gift wrapped with a huge bow, because we’re idiots. Then we both went home for the day and passed out.

I woke up that night to tons of voicemails and missed calls. They were from the receptionist at the studio, saying that FBI agents were there looking for me. The producer I was working with, and I rushed back into the studio, to find that Kinkos had flagged us for leaking “top secret” material and reported it to the FBI who went to investigate and tracked it back to us.

By the time we made it back to the studio, everything had been handled. It was shown that the “top secret” work was work from the film. There weren’t any consequences, but it was one hell of a scare.

When working on these major entertainment productions, you are asked to produce someone else’s vision while also applying your own style to the experience. How do you balance these two responsibilities?

I’ve actually spent my whole career trying not to have a style and to adapt to whatever a client wants, while trying to do something different every time. I’ve learned over the years how to communicate visually and understand what a director is looking, for so I can nail a look quickly and with precision. Now that I’ve done thousands of paintings, I’ve started to pay attention more and more to my tendencies and taste, and I realize what my personal style actually is, even if it’s hidden underneath surface styles of different projects. Lately, I’ve been more interested in working with people who trust me to give them something good and let me inject a bit more of myself in my work.

Do you find it is harder or easier to find work without a set style?

I’ve found that being able to adapt to any style broadens your range of possible clients. That’s one of the reasons why I never got too attached to a single style, and why I’ve always tried to hit every end of the spectrum, whether it’s animation, abstract, or photo-real. Right now, however, I’m focused on developing my signature style. It’s not all I do, but I see the benefit of it. Having your own style broadcasts to the world what you enjoy doing. That might narrow down the possible clients, but that’s not a bad thing. You’re honing in on the clients and projects that you enjoy most, and there’s a lot of value in that.

Why do you begin  creating these virtual matte painting worlds by hand?

It’s really easy to lose yourself in the tools technology gives us. I start by sketching because it allows me to forget about all of the clutter and focus on the important foundation that any image needs to be built on: composition, shape, light. I know I have the tools to make something look beautiful, detailed and real, but that's all for nothing if it’s not built on solid design choices.

In addition to your current work for Elastic Pictures, you created independent shorts like Portal No Escape. Do you approach these indie projects differently?

Not at all. I approach every project the same way, whether it’s a commercial, a short film or big blockbuster. It’s all in or nothing for me! I try to get all the business stuff out the away at the beginning and then we can focus on creating the best visuals possible. When a project doesn’t have a budget, I have to call in favors and I have to make sure that those people are ready to go down that rabbit hole with me. We did one a couple of years ago called Polis with director Steven Ilous, which was pretty much a freebie project where I called in every favor I had. We ended up having a team of 50 people in five countries working for four months on it as a passion project. You do a project for different reasons: sometimes you do it for the money and sometimes you do it for the excitement, and this one I did to work with all my favorite people, in all my favorite studios gathered around one big project.

How does your work for these major entertainment properties compare to your work for lesser known clients, and how important is it for you to have major clients like these on your resume?

I always thought it would be different working on large projects,  but at the end of the day you are still in front of your computer doing your thing and it doesn’t really change. I spent a lot of time working to get the big projects, and then the only thing that got me would be a little ego trip for a while. I hope that my work speaks for itself without the project title on it. That’s always my goal. I haven’t worked on a film in around two years. I spent so long going after blockbusters, and once I got them I realized that I was doing that for my own ego, and I wasn’t really satisfied. I worked on Iron Man 3 a couple of years ago, and leading up to it you think This is going to be huge. And it was. It was big and awesome, but you lived that for six months and then it comes out and you have opening weekend and you celebrate with your friends and then it’s forgotten. Because of that I took a step away from chasing the big titles and focused on the projects that would let me live the life I wanted to live and create the paintings I wanted to create no matter what they were for. That has bought me a lot more happiness and satisfaction.

How has your relationship to your art changed as a result?

The hardest things I’ve had to learn in my career so far is changing the relationship I have to a painting. There’s a point when my work is no longer my work, I have to let go and realize it belongs to someone else. I might get notes I don’t agree with, or the painting might be composited into a shot differently than I intended. It almost never happens that I see a final image on the screen that is exactly what I painted. There’s always a point with client work that I have to disown the artwork, and allow it to become whatever it’s going to become. Through the years, I’ve learned how to fall out of love with my work.

What would you say to someone who feels they need blockbuster projects to define their career as a success?

Everyone is on their own path, and we all have different measures of success. For me, blockbusters are fun. I enjoy working on them, but they don’t define my career. That’s just me and my journey. If someone wants to define their career by their credits, and it makes them feel successful, thats awesome. 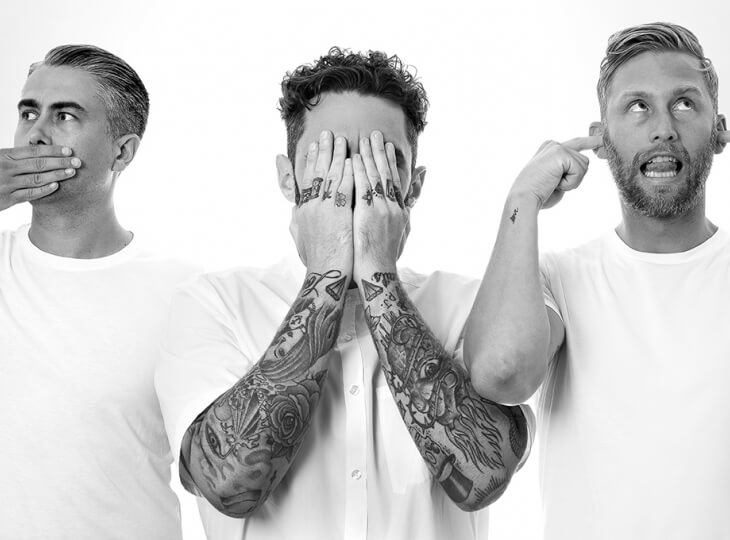