Back to Overview
Shane Mielke is something of a unicorn in the digital design world. An exceptional developer and designer, he got to the pinnacle of both fields with zero classical training and even less pretension.

Shane Mielke is something of a unicorn in the digital design world. An exceptional developer and designer, he (amazingly) got to the pinnacle of both fields with zero classical training and even less pretension. Self-taught and motivated by the examples laid out before him, Mielke made it his mission to become as successful as his role models and didn’t stop working at it until he got there.

“Before I even knew the founder of 2 advanced Eric Jordan I knew I wanted to be like him… Part of my goal was to be doing what he and others like him were doing: being featured in books and in magazines and winning awards. To me, that was the litmus test of if you were good or not. So I just rolled myself in that direction and tried to copy their path.”

Mielke has achieved all that and more, creating a big enough name for himself to transition from his role as creative director at 2Advanced, one of the most popular interactive studios of the early 2000’s, to work freelance from his home, all while maintaining a highly prestigious mix of clients and work. From The Hobbit to the new Mad Max reboot to IBM for the Tennis U.S. Open, Mielke is happy to enter a project wherever he’s needed, from a mere cog in the development wheel to managing every facet. And here’s where his unicorn status really comes alive: he truly doesn’t mind which role he is handed, however big or small, design or development and he can fill the all.

“There are some companies that I work with now where I’m handed a bunch of images and a brief and just told to go and design, and others where I do just one thing,” he explains. “Sometimes I’m a minor player in a bigger picture, which is fun as I don’t have to worry about a whole load of other stuff. I can be told what to do and I don’t have an ego about it.”

Seemingly born without any professional ego at all, the uber-talented multi-tasker suffers from a surprising amount of self-doubt. “I have a very introverted personality, so I have a hard time talking about myself,” he says. “I often ask myself, ‘Is this a good project?’ or ‘Does this look good?’ That’s always been a big hurdle for me. A lot of times I don’t want to post my work—I’m embarrassed or just not confident enough in it. It takes great effort for me to even tweet a new project. I literally sat on the Mad Max project for three weeks and finally I woke up one day and just did it. You have to promote yourself… It’s a reality if you want to achieve certain goals. But it’s a challenge with my personality.”

“I often ask myself, ‘Is this a good project?’ or ‘Does this look good?’

Even without the natural tendency to self-promote, Shane is renowned for his talent as well as his work ethic; there’s no end to the high-profile work that heads his way. And there he faces another challenge: maintaining work-life balance with a young family. For Mielke, it’s not about cutting back or doing less, it’s about being efficient.

“How do you become more efficient?” he asks. “Have something better to do outside of work that you’d rather be doing. You’ll be amazed at how much that motivates you to get your work done. I love what I do. I would do it all hours if I could and I would do it for free—that’s how much I love it. So it’s very easy to put in a ton of hours. It’ll end up affecting you in other ways, whether your health or relationships. You have to draw the line, otherwise you’re just working and not living.”

“How do you become more efficient?” he asks. “Have something better to do outside of work..."

For some projects striking that balance is more seamless. After heading the art direction of Disney’s “Epic Mickey 2” video game, for example, he now watches his kids play it on the flat screen at home. It would seem that Mielke is managing just fine. Just don’t expect to him boast about it. 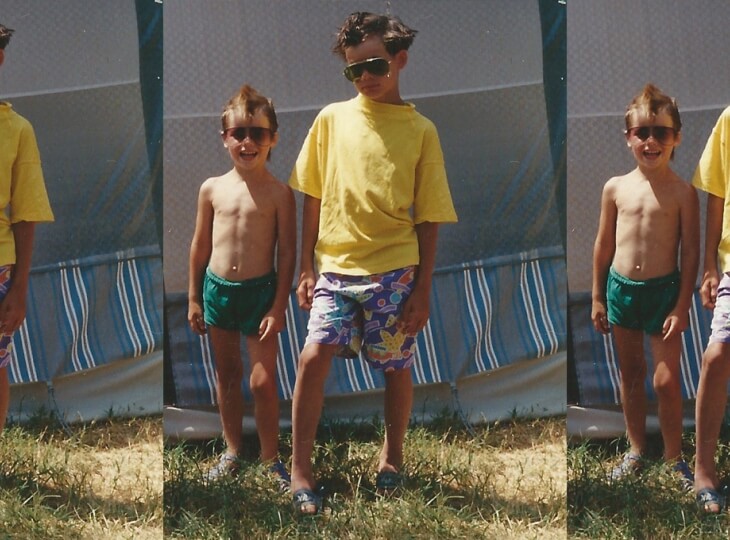